Did you say you were looking for a supremely simple, delicious, and special cocktail? Allow me to introduce you to The Garibaldi.

This magnificent cocktail has only two ingredients – Campari and orange juice. How can two ingredients created a multitude of sensations? The secret lies in the technical preparation of one of those ingredients, the OJ. On the menu at Dante in NYC, where this cocktail is most-famously served, the orange juice is rightly described as fluffy; blended and aerated to give it a foam-light texture. Mixed with the Campari, with its herbaceous bittersweetness, this is perfection.

So what’s in a name? The Garibaldi is named after Italian army general, Giuseppe Garibaldi, who helped unify Italy in 1871, which is represented in the coming-together or two symbolic ingredients: The Campari, from the North of Italy and the oranges, which are grown in the South.

Use an immersion blender, hand frother or electric whisk to blend the orange juice until it is foamy. Add Campari to a highball glass filled with ice. Top with the foamy orange juice and gently stir. Garnish with an orange wedge. 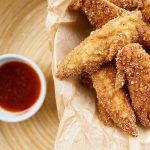 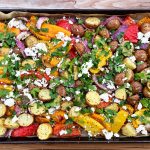